Posted at 3:00 PM EST and are subject to change.

8:10 PM EST. There are some books that have Starting Pitching Propositions, specifically Pitcher to Record the Win. The book lists the pitcher and one can either bet YES or NO.

As you can see in the sample below, the underdog pitcher is not being given much of a chance and is always a much bigger price to pay on the NO then the favored pitcher. 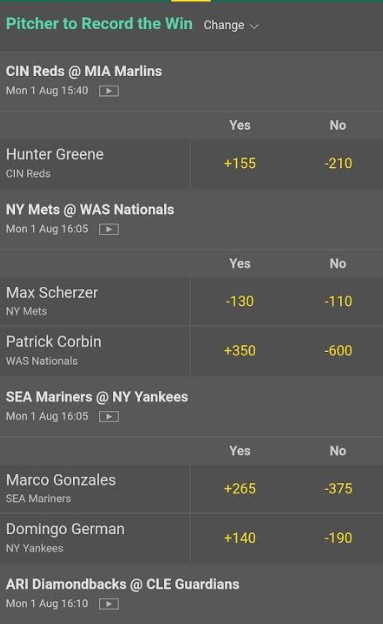 However, in the White Sox/Royals game, Brad Keller (RHP - KC) is a smaller price to win than Michael Kopech (RHP - CHW) and what that means is oddsmakers trust Keller has a better chance of recording the win than Kopech. 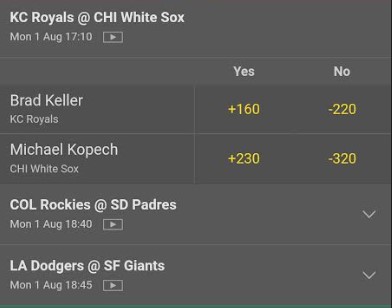